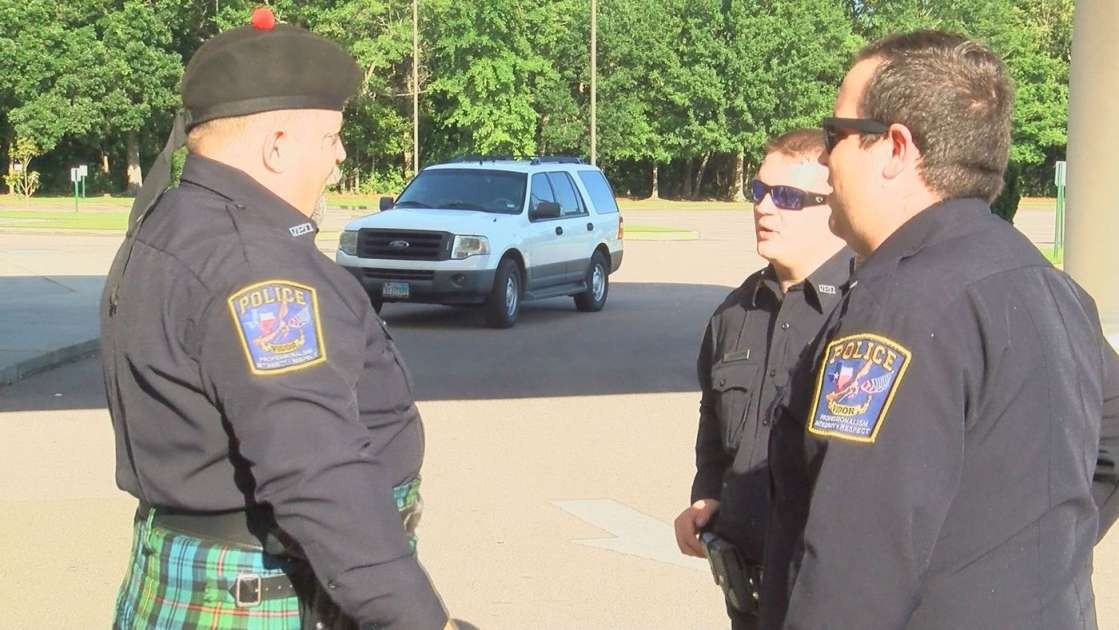 "It's always an honor to be there to send a fallen brother off the right way," Courts said.

Courts, who has been playing the bagpipes at police funerals for the past 27 years, says playing for his fellow law enforcement officers is a privilege.

"They never get any easier. It's a hard thing to do. But it's what I do, and I'm happy to do it," he explained.

Even though Detective Courts is honored that he can be a part of making sure the officers get the proper ceremonial treatment, he says the task never gets any easier.

"I've done a lot of them, and it gets tougher and tougher for me. The worst part of any of them... and it kills me... is the last call. It tears me apart every time. I think it affects almost all officers when they call the officer's number and he doesn't answer," Courts said. "That really just brings everything into focus.

Over the years, Courts has played for almost 28 funerals for officers who were killed in the line of duty. A number Courts says is too many.

"I've been doing this job going on 34 years. It brings everything into perspective. It's a dangerous job, and it's lately becoming more and more dangerous," he said.

Throughout WLOX's coverage of the funeral and burial, many viewers pointed out how the bagpipes stood out to them and caused them to get more emotional.

"Bagpipes affect people on a primal level. They're an instrument of war. It's a very mournful sound," he explained.

Detective Courts was unaware his bagpipe playing would play such a crucial role in remembering others. He started playing simply because he wanted to learn.

Court was proud he could offer support to Officer McKeithen, who died May 5, 2019 after he was killed while on duty in front of the Biloxi Police Station.