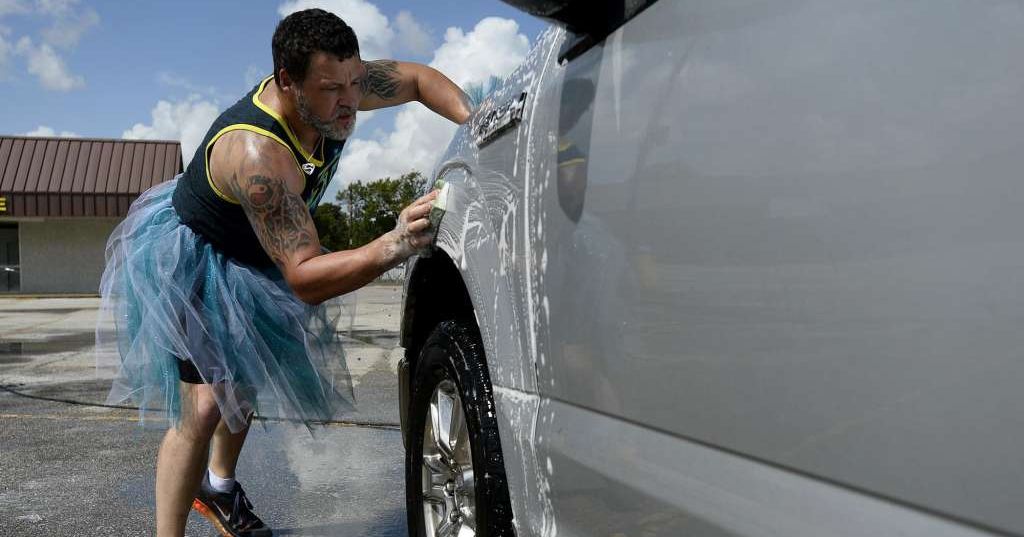 Robert - Moose - Rubero sports a colorful tutu while washing cars for a benefit car wash with The Dumb, Weird 'n Fugly in Vidor on Saturday. The group was raising money for member Nick Strother, who had a kidney removed due to cancer. Photo taken Saturday 9/8/18 Ryan Pelham/The Enterprise

​Men and women alike donned colorful tutus while waving to motorists along Vidor's Main Street on Saturday. The group The Dumb, Weird 'n Fugly held a benefit car wash and link sale for one of their members, Nick Strother, who had a kidney removed while battling cancer.

The group was started by a group of friends to be accepting of all and be themselves while embracing weirdness, according to group leader Trish Johnson. Their last fundraiser raised money for Bikers Against Child Abuse to help start a local chapter.