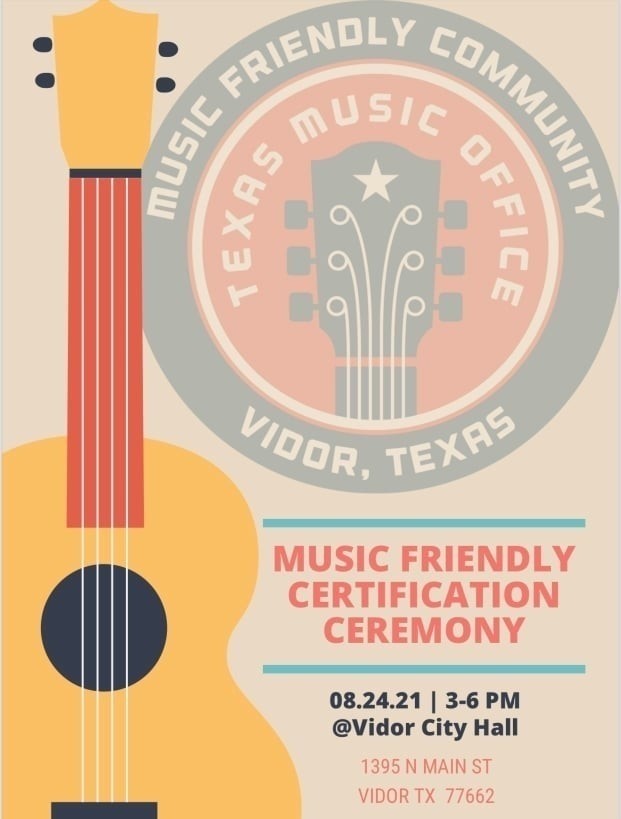 "With support from the Texas Music Office, in 2019 the Texas music industry created more than 210,000 direct and indirect permanent jobs in communities all across the Lone Star State and generated $27.3 billion in economic activity," said Governor Abbott. "Music Friendly Communities certified by the Texas Music Office are serious about attracting and developing the local music industry to spur job creation and economic growth. I congratulate Vidor on earning the Music Friendly Community designation, and I look forward to amplifying their continued success."

"Southeast Texas has an extensive history of producing talented musicians; with famous musicians such as George Jones, Tracy Bird, and Clay Walker, Vidor in particular has had an outsized influence on the country and western music genre," said Speaker Dade Phelan. "I am proud to represent the people of Vidor and look forward to seeing the impact the city's status as a Texas Friendly Community will have on House District 21."

"I'd like to congratulate the City of Vidor for becoming a Music Friendly Community," said Senator Robert Nichols. "This designation is an honor and emphasizes the importance of music education and industry partnerships that foster community development. Encouraging the growth of the music industry in southeast Texas sends a clear message to industry professionals that Vidor is open for business."

The City of Vidor and the Texas Music Office invite the community to celebrate the designation on Tuesday, August 24 at Vidor City Hall from 3-6 pm. TMO Community Relations & Outreach Specialist Chip Adams will present the Music Friendly designation to Vidor Mayor Misty Songe.

According to the City of Vidor event organizers: "There will be cake, cookies, refreshments, and, of course, music. Plus, attendees can take a personal tour given by a member of the Band of Bands, the VHS Mighty Pirate Marching Band, around City Hall and the 'Walk of Fame' row of stars." 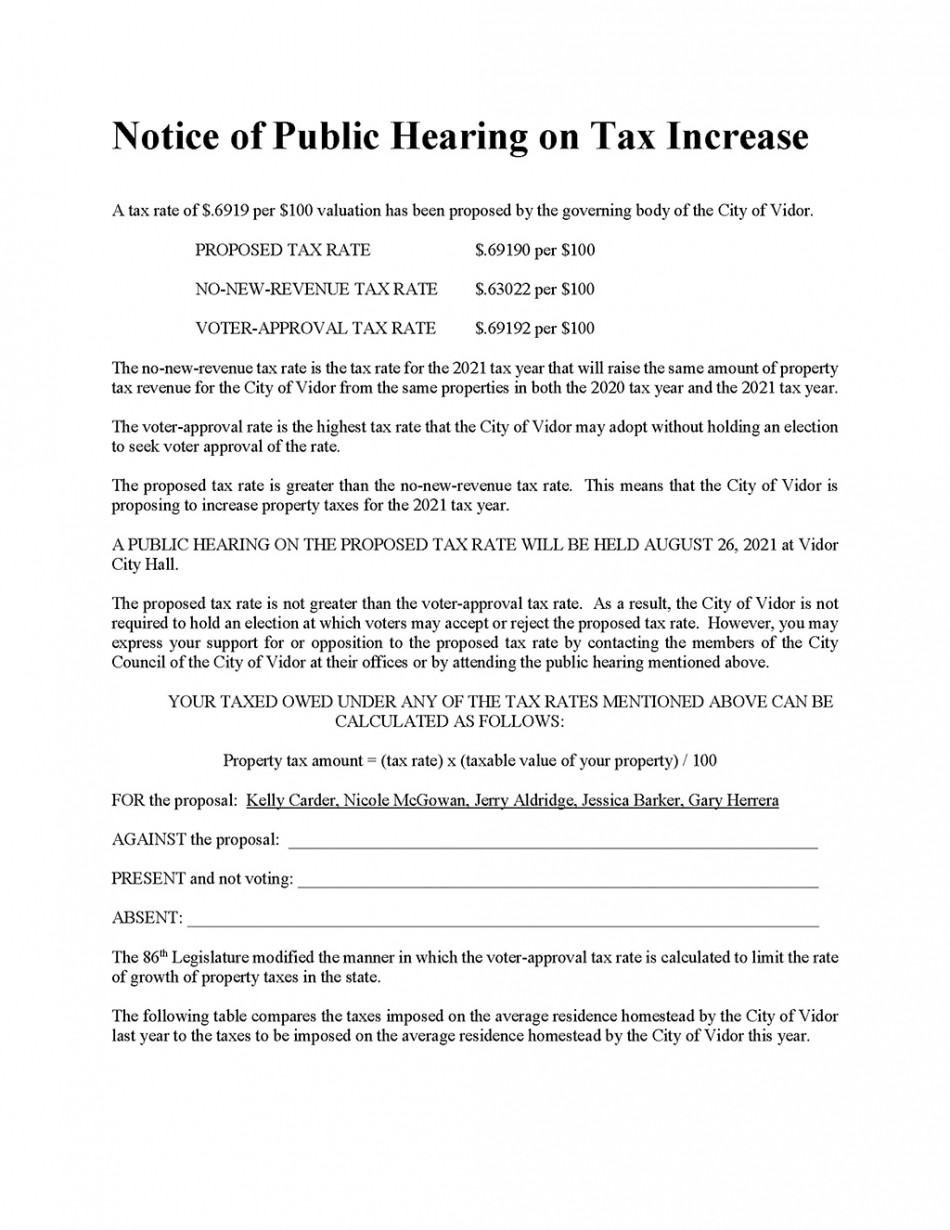 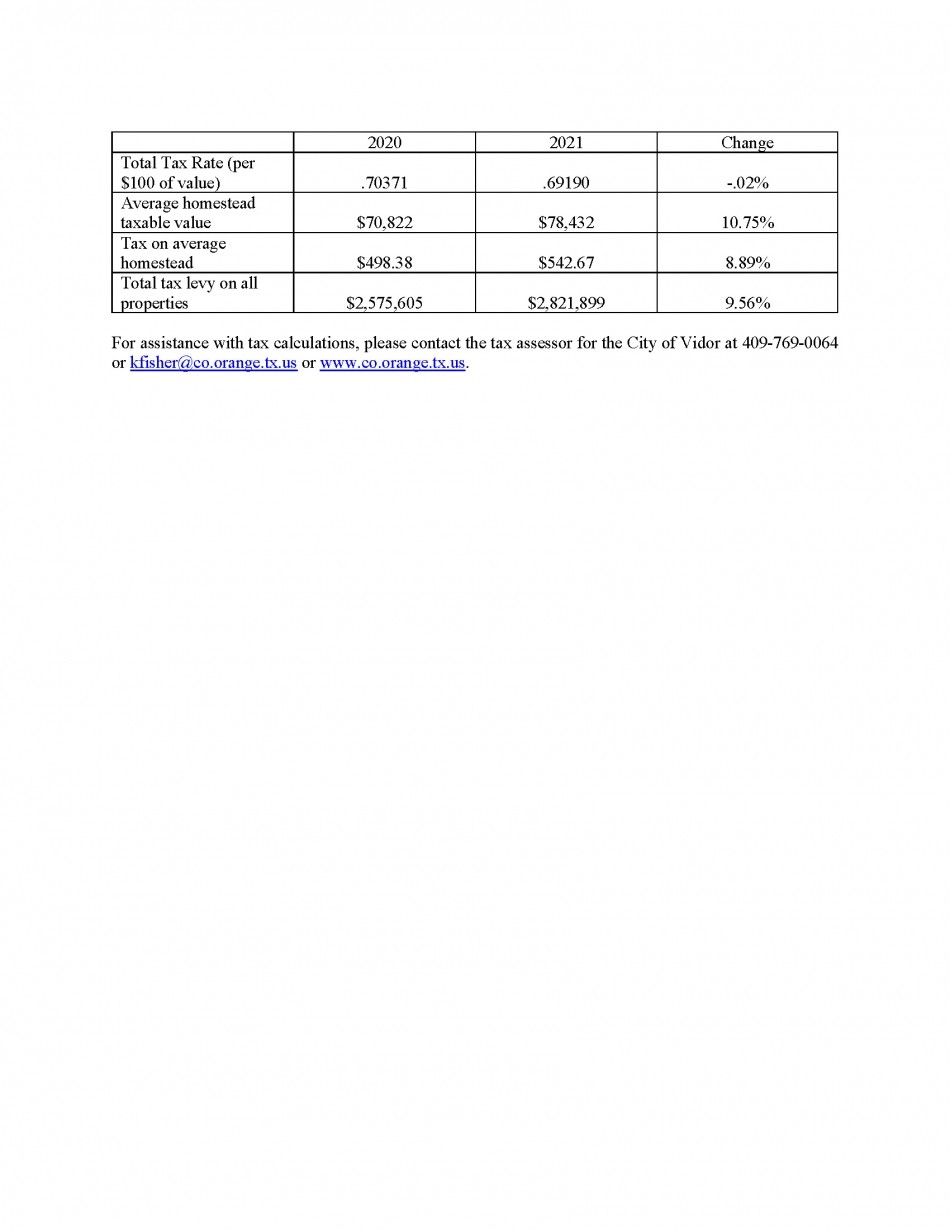 ​The City Of Vidor would like to thank our sponsors for their support to Vidor's Texas Music Friendly Certification Ceremony. 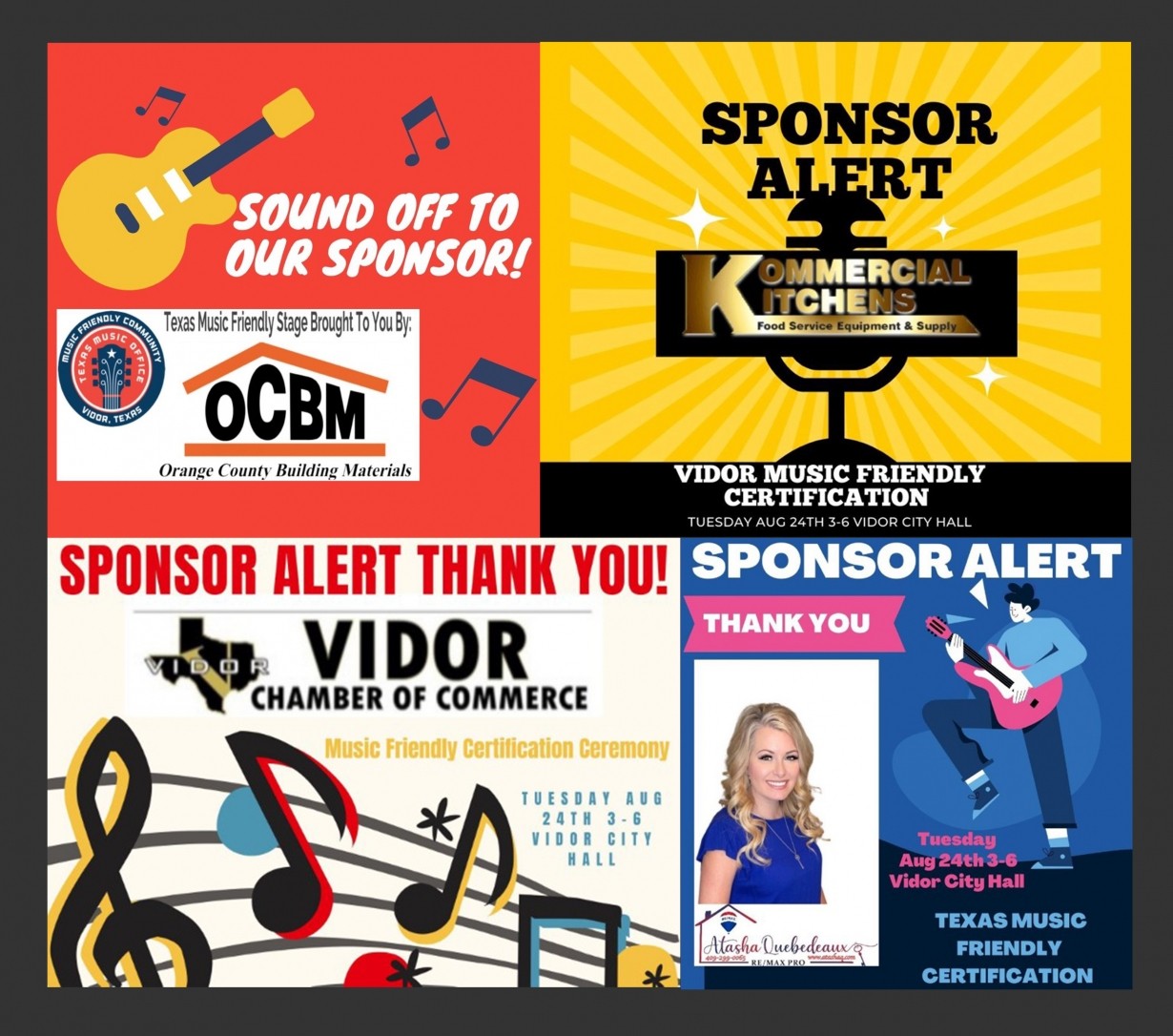 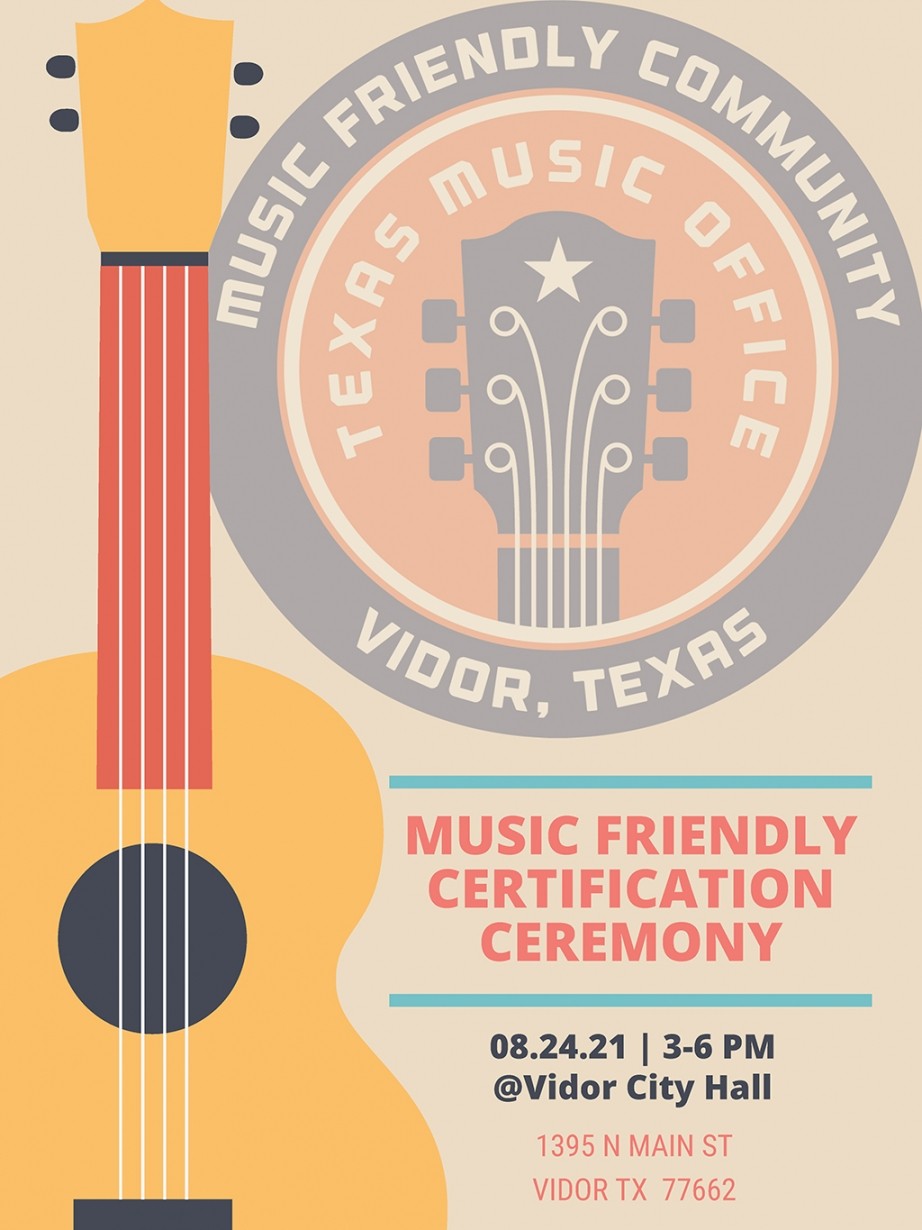 The City Of Vidor cordially invites you to join us in celebrating our official certification as a Music Friendly Community! 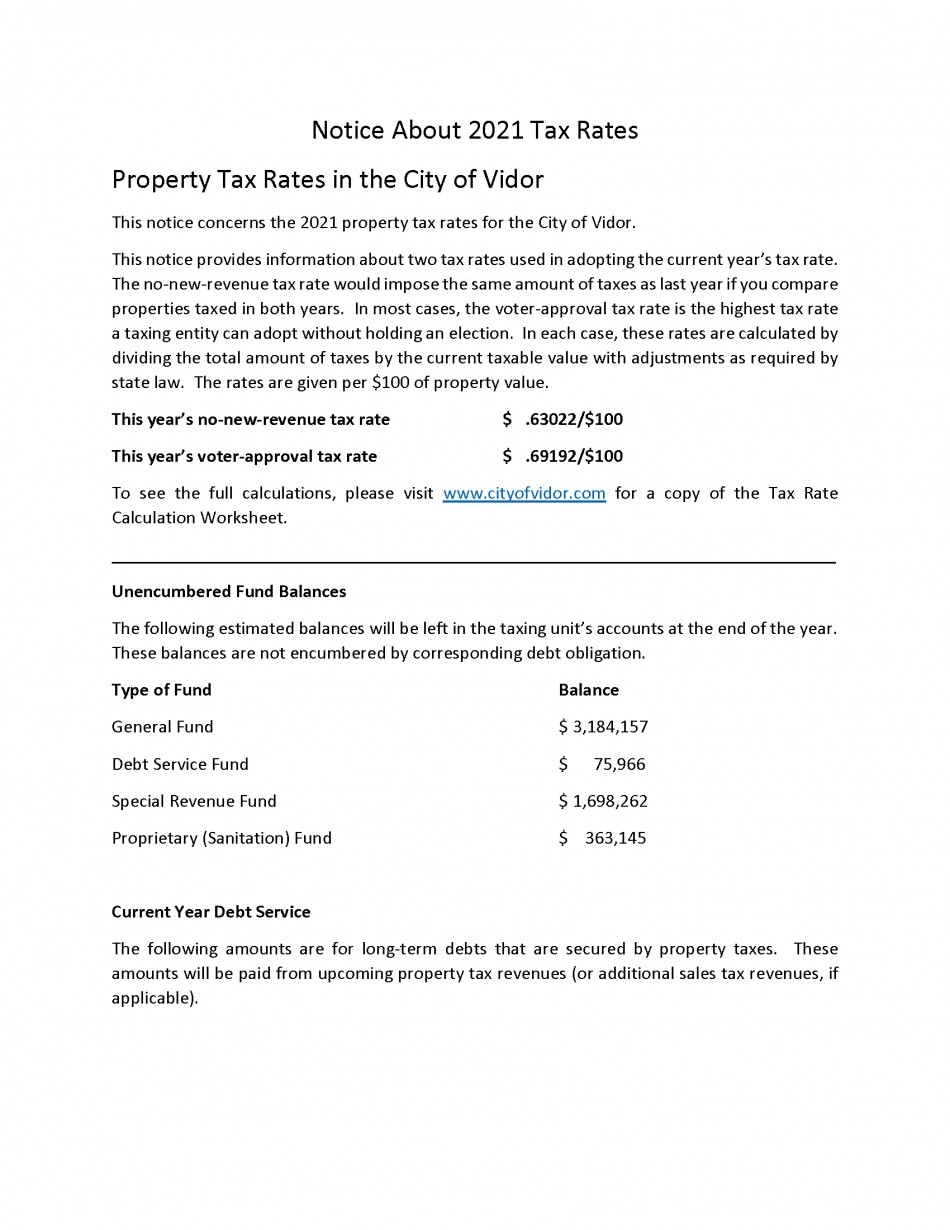 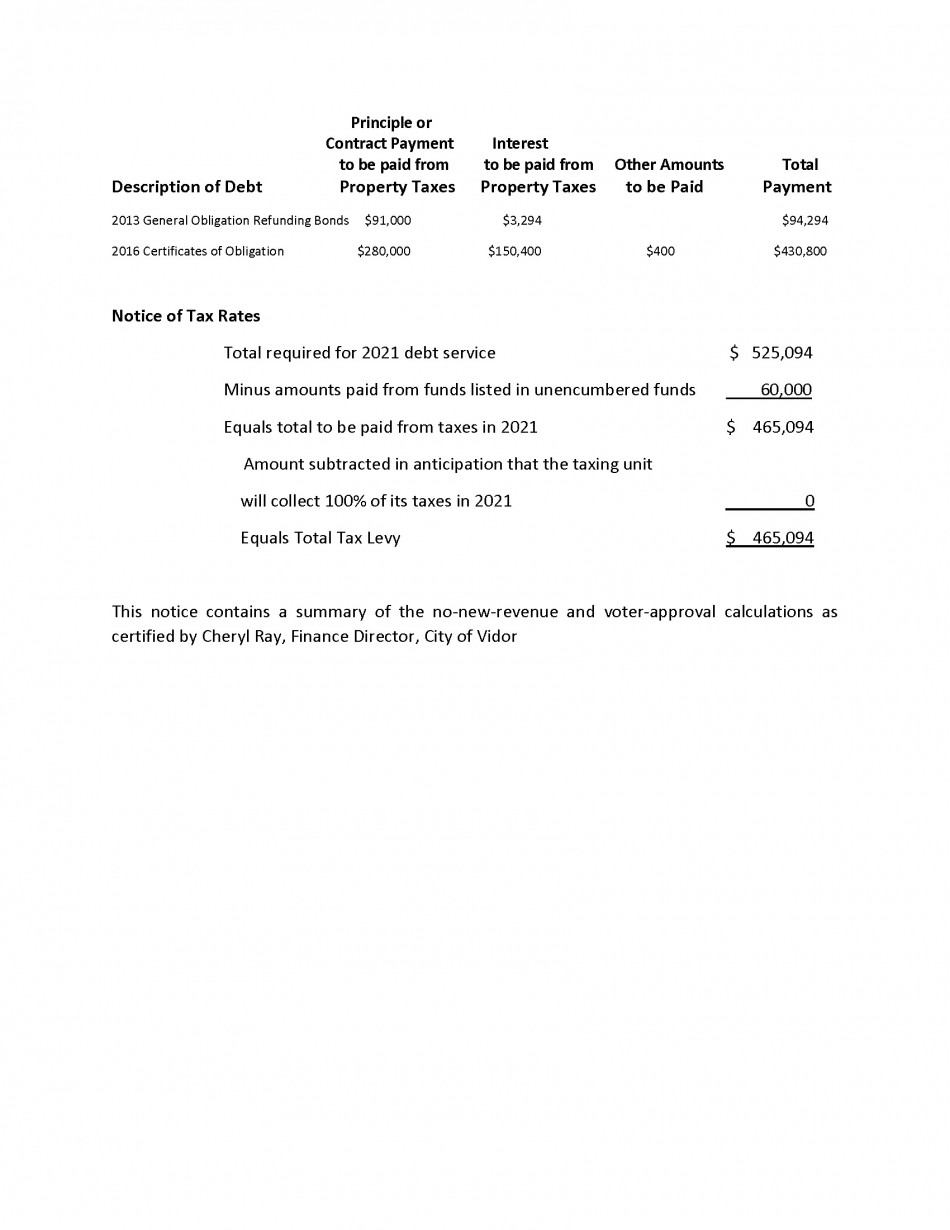 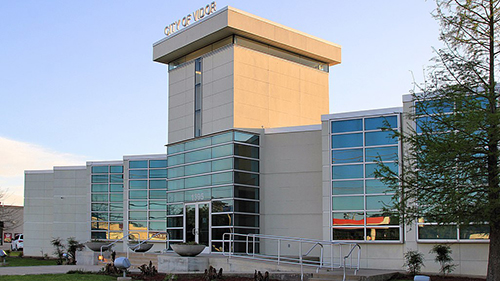 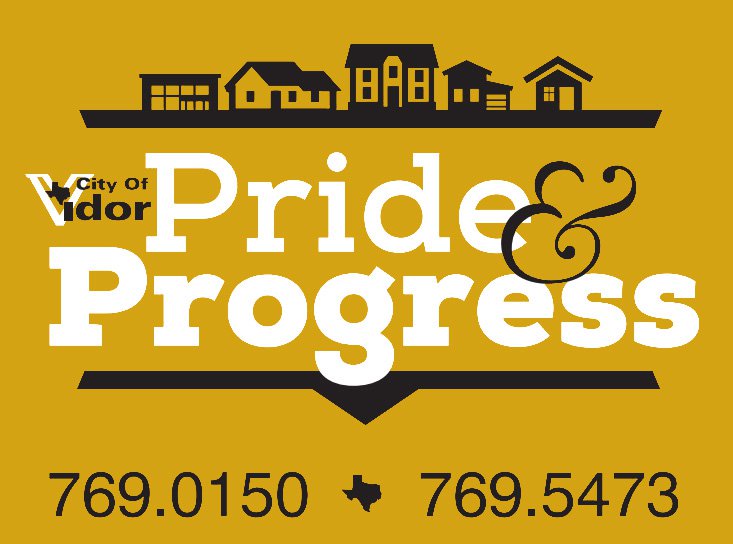